I can tell you first hand as a white male that those men who have done their own work which might parallel the strides of the women’s movement are few and far between. The inherent problem is that the level playing field woman have rightfully demanded can only happen with a relinquishing of power, arrogance and entitlement that certain men have cherished like they were “unalienable rights.” Instead, the new conservative movement seems to want to turn the clock back to the 1950s when gender roles were clearly defined and “boys will be boys” was a defense that could excuse any violent behavior, sexual or otherwise, towards women. In other words, a time when white men were indelibly on top. For those of you who still believe this, your time as dinosaurs has hopefully come to its conclusion.

The current nomination process for a Supreme Court Justice has highlighted those antiquated ideas and shown that very little has changed since the Clarence Thomas and Anita Hlll hearing in 1991. Why was Judge Kavanaugh so highly praised by some? It’s clear that judicial impartiality is no longer a consideration but now a thing of nostalgia to be replaced by the last desperately gasping breaths of a dying paradigm. If someone came to me looking for a job while spewing conspiracy theories, I’d go straight to the next candidate. But isn’t that the problem with outmoded ways of thinking? A paranoia sets in knowing on some level that there is less and less ground to stand on. It’s fascinating to watch this old club trying to endure by promoting younger members who have shared, without self-examination, the same privileged background of prep schools and Ivy League colleges.

Did I believe Dr. Christine Blasey Ford? Absolutely. I also believe in due process and the idea of innocence until proven guilty. Has Judge Kavanaugh been treated “horribly” as claimed by Donald Trump? Only in the sense that his own supporters on the Judicial Committee showed little interest in proof, or discovery thereof, to substantiate or refute the charges against him. For the Senate committee charged with overseeing justice in America, they have been a good example of how my then six year-old son once said, “That’s how you don’t do it.” The fact that the charges brought forth by Dr. Ford have been considered first and foremost political by those supporting Judge Kavanaugh’s nomination illustrates how detached from reality those with political agendas have become. There is nothing political about sexual assault!!

This may be the very problem with the lack of discourse occurring today. Rather than talking about an actual issue, the current tactic is to control the narrative as a detour away from the facts along with the psychological and emotional repercussions. Keeping women as victims rather than survivors maintains that old worn out paradigm. To see someone as having survived is empowering and who knows what would happen to the world if we really supported each other instead of shaming and blaming.

It is an amazing moment in America when our unaddressed violence — towards women, towards people of color, towards the land and the environment, towards religious minorities, towards the LBGT community, towards anything that varies from a white male dominant perspective — is coming back to haunt us. Those in power are finally being held accountable as they should be. White men are nervous and fear false accusations as if they are the only ones who have ever experienced this kind of treatment. Any review of the Civil Rights movement will show a long history of fabricated allegations by white males resulting in countless murders of African Americans.

Thanks to the availability of information and the speed of our technology, one’s background is readily accessible. Entering public life is not what it used to be when secrets could be held in a closet indefinitely. This is a time of great reckoning when those who used to be considered upstanding citizens in a community; from clergy, to police, doctors, lawyers and educators, are no longer blindly trusted for good reason. The rigid views of the 1950s have crumbled to the truths of human frailty and error. From the perspective of our evolving democracy, this may be one of the greatest moments when all of our voices might finally be heard. Perhaps this promise can be realized into a renewed vision for America that includes everyone — not just the privileged.

NEW: Luminescence Of The Ordinary 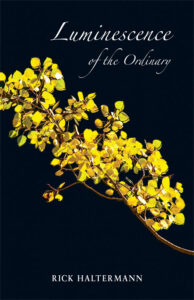